Just Films - Say Her Name: The Life and Death of Sandra Bland

Cost: Free - Zoom link will be given to registrants prior to event


In 2015, Sandra Bland, a politically active 28-year-old black woman from Chicago was arrested for a traffic violation in a small Texas town. Three days later, Sandra was found hanging from a noose in her jail cell. Though ruled a suicide, her death sparked allegations of racially-motivated police murder and Sandra became a poster child for activists nationwide, leaving millions to question, “What really happened to Sandra Bland?”

Ten days after Sandra’s death, filmmakers, Kate Davis and David Heilbroner began working closely with the family’s legal team, tracking the two-year battle between Sandra’s aggrieved family and Texas authorities. With disturbing, never-before-told details about the case, the film is punctuated by Sandra’s own passionate and moving commentary.

Approximately 30 “Sandy Speaks” video blogs, which Sandra created herself, allowed the filmmakers to get to know Sandra Bland in a deeply personal way. Via these videos, Sandy herself emerges as a central voice in Say Her Name — an empowered, enlightened woman of color whose sharp, humorous, charismatic remarks address subjects from educating kids about black history to police brutality to the importance of natural hair.

Say Her Name takes viewers deep inside a story that galvanized activists across the country. 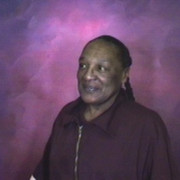 My name is Naomi Blount Wilson. I served 37 yrs in prison on a Life Sentence for conspiracy to murder. (I was with someone that killed someone.) I was commuted by our Governor, Mr. Wolf, in July of 2019. I now work for our Lt. Governor, Mr. John Fetterman. I am a Commutation Specialist. I help other deserving men and women with their applications for Clemency in hopes that they (too) can be given a second chance, free from the Prison Warehouses!! 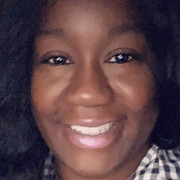 Kemah M Gbolokai is a Licensed Graduate Professional Counselor (LGPC) in the state of Maryland and a National Certified Counselor (NCC). Mental Health has always been a taboo topic in the African and Black American community. Why would I want to talk to someone about my problems or what I have experienced growing up? Breaking the silence and creating a voice has been a passion and a mission for Kemah.

The healing journey begins with a conversation. As a Clinical Counselor, Kemah obtained her Master’s in Community Counseling from Argosy University, where she interned at The Monroe School in D.C. and at the Abused Person Program in Montgomery County. She has 10 years working with children and adolescents who have experienced trauma. She has 6 years working with women and children fleeing domestic violence. Kemah has worked in the field of corrections and rehabilitation with clients who have co-occurring disorders. She was able to develop an ability to utilize Trauma Focused –CBT by applying psycho education and parenting skills, Solution Focused, Trauma Informed Care and Reality Therapy with an emphasis in problem solving and meeting unmet psychological needs, while empowering her clients.

She has provided individual and group counseling for youth and adults in residential settings and provided group counseling for female offenders. Kemah continues to empower others with mental health and educational information through workshops to undergraduate students, community organizations such as PNG Events, Generation Hope and local media outlets (“It Needs to Be Heard”). She has created a girl’s youth group called VIP DIVAS, a trauma focused and coping skills group to provide social and emotional support and education to adolescent youth. 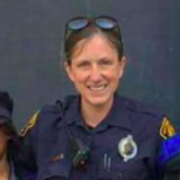 Tiffany Costa is the Sergeant of the Community Engagement Office, coordinating and supporting police community relationship building throughout the city. She has held this position since the creation of the Community Engagement Office in September of 2019. Costa has been employed by the Pittsburgh Bureau of Police since August of 2012. She has worked in patrol, as a patrol sergeant, and as a Community Resource Officer for Zone 6 in the West End neighborhoods. During her time as CRO in Zone 6, Sgt Costa developed a program called Youth Connections, taking officers into 9th grade Civics classrooms to discuss relationships between police and youth, educated youth about law enforcement careers, and encourage difficult dialogue about police current events. The aim is to demonstrate to officers that youth are humans, while allowing the youth to realize police officers are human beings too. Sgt Costa has also been involved with the Police Inside- Out Program and works with citizens re-entering civilian life surrounding issues of public safety. Sgt Costa also coordinated an initiative Need a Mask, Take a Mask to ensure vulnerable populations within the city had access to personal protective gear as a response to pandemic and health concerns. . 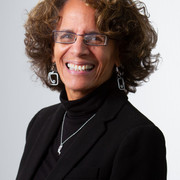 Barbara Johnson is the Vice President of YWCA Greater Pittsburgh Center for Race and Gender Equity. The Center is the education and advocacy space dedicated to addressing racism and empowering women. Prior to that she worked as a diversity and inclusion professional in the higher education community, both in Student Life and Human Resources.

< This panel was organized the The YWCA Greater Pittsburgh.

Fee : Free - Zoom link will be given to registrants prior to event

Stream on Hulu/HBO with subscription or rent on Amazon for $3.99, Panel discussion via Zoom