The School of Arts, Science & Business (SASB) at Chatham University is home to many undergraduate degrees and several thriving graduate programs. We are known for small, dynamic classes, one-on-one advising by expert faculty, flexibility, and a hands-on, open-door approach, because students come first at SASB. The School is proud to house more than 40 undergraduate majors and 13 graduate degrees.

The School is proud to house more than 40 undergraduate majors, including arts management, interior architecture, management information systems, and biochemistry, and 13 graduate degrees, such as biology, creative writing, film & digital technology, and business.

The Importance of a STEAM Education

Across the nation, schools are only now beginning to realize what Chatham has always known: infusing education in arts and humanities into science, technology, engineering, arts, and math majors produces graduates who are articulate, creatively nimble, and better poised to succeed in a constantly-evolving world.

Students are strongly encouraged to participate in international travel with faculty. Students earn college credits during these trips while they focus on a specific topic within an academic discipline. Past and upcoming trips include South Africa, Belgium, Iceland, Taiwan, and Italy. 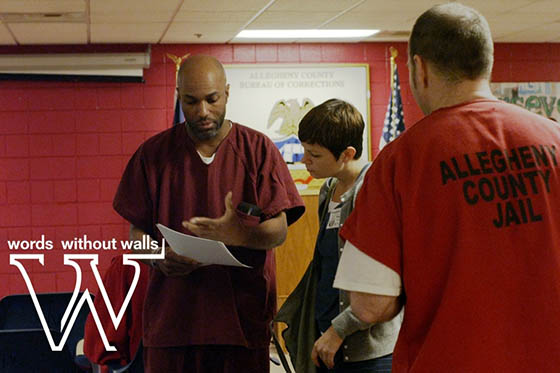 The Words Without Walls program, in which MFA in Creative Writing students go into the Allegheny County Jail to teach inmates creative writing, is only one of several outreach programs developed and run by Chatham students that offers transformative experiences for both students and underserved populations.

A limited number of seats have been reserved for undergraduate students interested in guaranteed admission to graduate studies through the Integrated Degree Programs at Chatham. 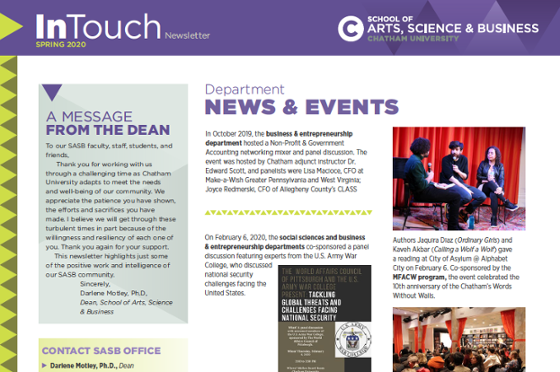 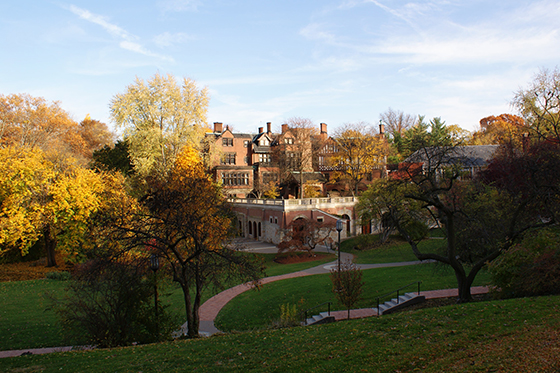 We are proud to recognize the students, faculty, and staff whose accomplishments greatly contribute to the continued success of the School of Arts, Science & Business. Download the PDF below to read more about this year's winners.

International Business major and first-year Carlee Shreve has more on her plate than the average eighteen-year-old. In addition to schoolwork and Chatham swim meets, Carlee is the owner and artistic mind behind Trippy Tees and More, where she creates a wide array of tie-dyed cotton products to sell at craft fairs across Pennsylvania. Carlee’s hard work caught the attention of Pittsburgh’s largest independent craft fair, Handmade Arcade, a seasonal showcase of unique, hand-made products, which awarded her a 2019 Youth Makers Scholarship.

SASB graduates have held professional roles in organizations from theatre companies to Oracle, and have gone on to further their education in the following programs and schools:

If you think of award-winning filmmakers, Chester Lampman, MFA Film and Digital Technologies ’14, may not be the first to come to mind, but make no mistake—he’s the real deal. His thesis documentary “The Marquee on Main Street” was accepted to six film festivals, and also won a Recognition Award for Short Documentary from the Hollywood International Independent Film Awards in May 2016.