I fell in love with science as an undergraduate working in a molecular endocrinology laboratory, and I am pleased to be able to share my passion and expertise with Chatham science students. I am a cellular and molecular biologist with specific expertise in signal transduction, protein trafficking, and neuroscience. A common theme in my research career has been cell communication. As an undergraduate, I studied the endocrine regulation of growth hormone receptor; as a graduate student I studied intra- and extra-cellular signal transduction in the cornea; as a post-doc I studied a key aspect of neurotransmission. My current work focuses on the dopamine re-uptake transporter, a membrane protein that regulates neurotransmission by clearing dopamine from the synapse. Elucidating the cell signals that regulate transporter function may help to explain mechanisms of neurodegeneration and psychiatric disorders, such as drug addiction. Research in my laboratory will capitalize on recent discoveries that certain isoforms of protein kinase C regulate dopamine transporter endocytosis, and that the transporter displays brain-region specific patterns of distribution. In addition to collaborations at the University of Pittsburgh, I use basic biochemical and microscopic techniques to test hypotheses related to re-uptake transporter function that are relevant to psychiatric disorders, drug addiction, and neurodegenerative disease.

The brain chemical dopamine is important for emotion, cognition, learning, and movement. Dysregulation of dopamine physiology is involved with disorders such as Parkinson’s Disease, depression, ADHD, and substance use disorder.

My research focuses on the dopamine transporter, which is a primary regulator of normal dopamine physiology as well as being the target of numerous therapeutic and addictive drugs such as cocaine, amphetamine, and some antidepressants. The goal of my research program is to define the effects on dopamine transporter function of amphetamine-like stimulants, and to further probe the cellular signals and protein interactions underlying these effects. Open projects in the laboratory use mammalian cell culture, immunocytochemistry, microscopy, and behavioral analysis of the microscopic roundworm C. elegans.

All students interested in joining the laboratory should contact Dr. Block. It is great to have a strong background in biology (BIO143 & 144) and laboratory technique (CHM108 & 110, BIO143L &144L), in addition to either cell and molecular biology (BIO231W) or neuroscience (BIO209). 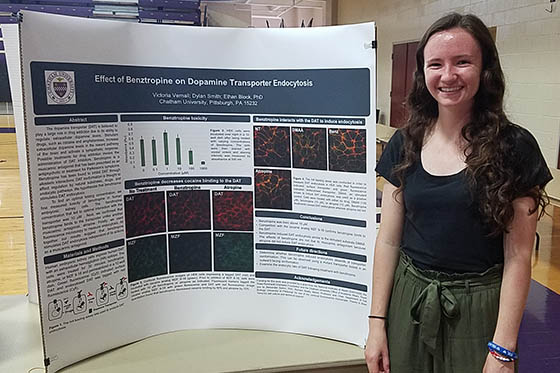 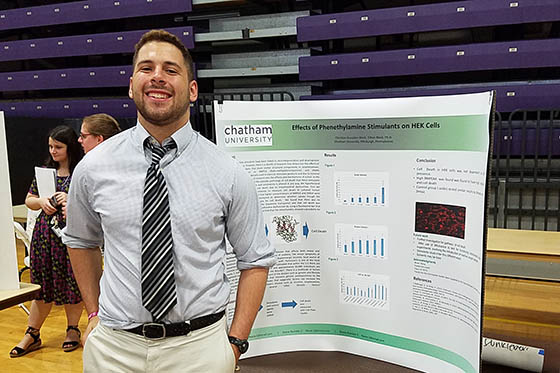 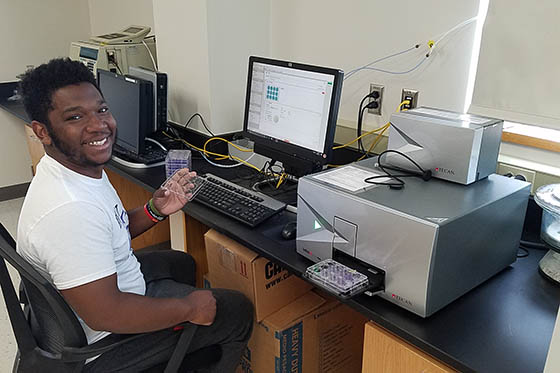 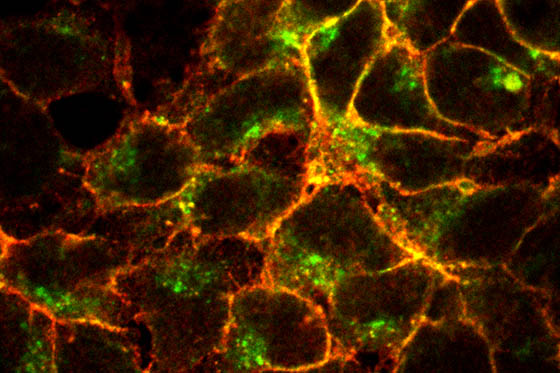 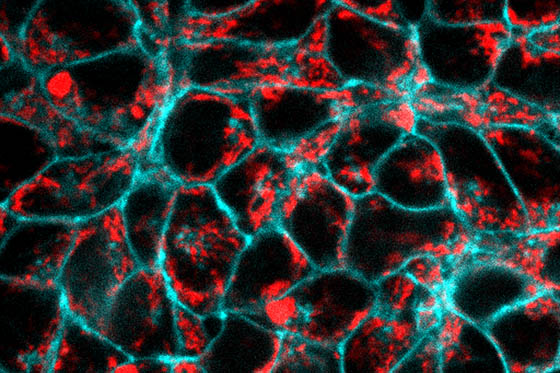 Toxicity of stimulants is measured by using fluorescence microscopy to observe the dopamine transporter (blue) and functioning mitochondria (red). 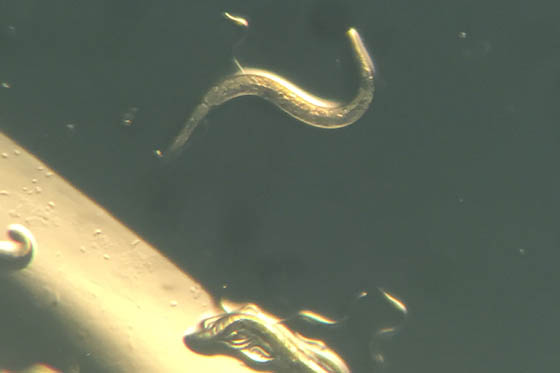